Skip to main content
It looks like you're using Internet Explorer 11 or older. This website works best with modern browsers such as the latest versions of Chrome, Firefox, Safari, and Edge. If you continue with this browser, you may see unexpected results.

An introduction to legal research in the jurisdiction of Singapore 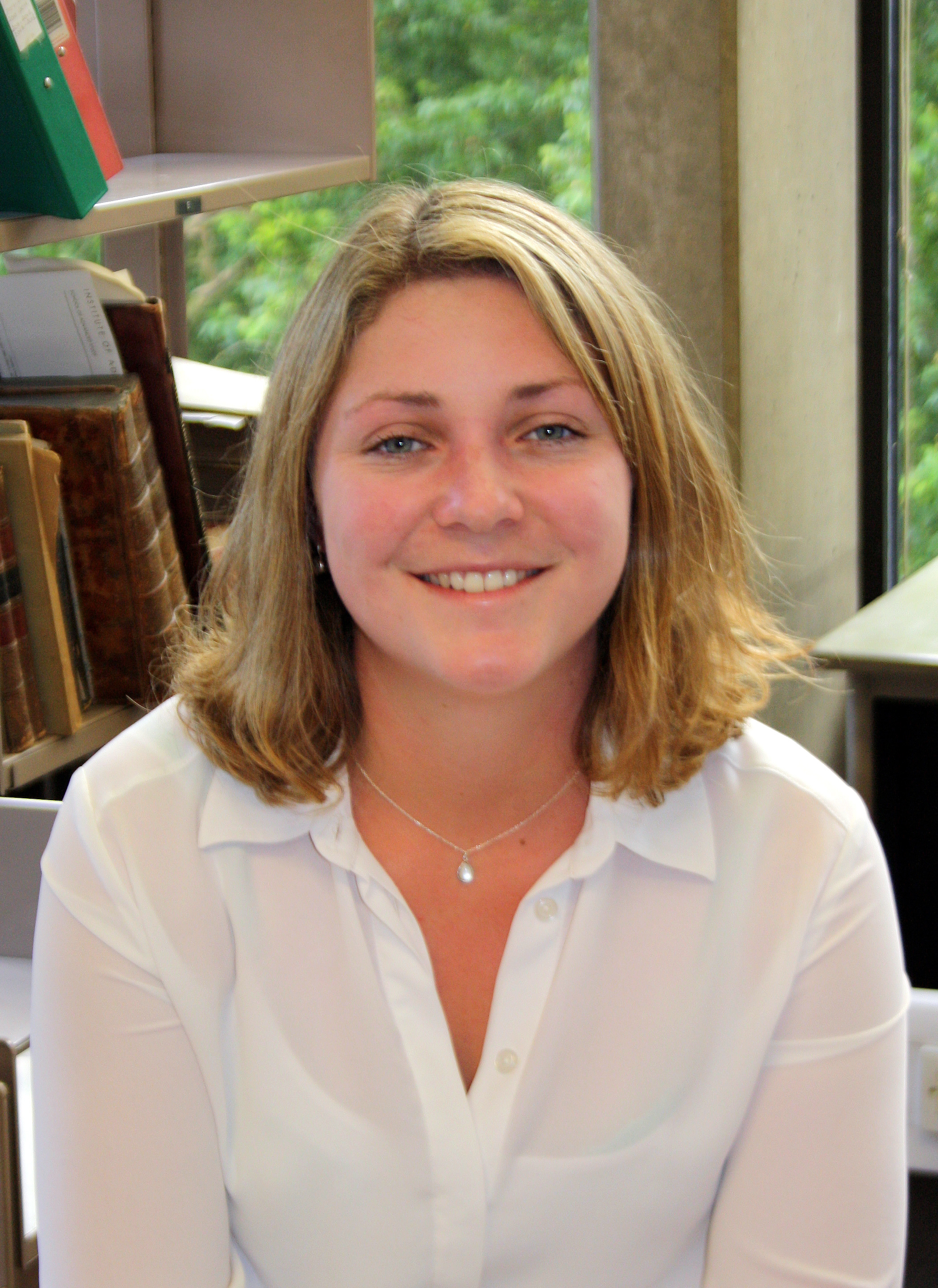 Singapore is an island city-state located in Southeast Asia. Its strategic location in the Malay Archipelago was one of the major attractions for British colonists, who founded modern Singapore in 1819 as a trading port on the India-China trade route. The country went on to become a British colony in the twentieth century and gained full independence in 1965. The four official languages are Malay, Mandarin, Tamil, and English.

Singapore's history and constitutional make-up is predominantly British in influence with a unitary, multiparty, Westminster system of parliamentary government and a legal system based on English common law. The Singaporean legal system also occasionally draws from other sources: its Codes, for example, were borrowed from India in the nineteenth century and some areas, such as land registration and company law, draw more from Australian rather than British models.

We have a good selection of primary and secondary Singaporean materials at IALS Library, which can be found at the classmark GM4n (Straits Settlements) and GM4m (modern Singapore).

Sir Stamford Raffles arrived in Singapore in January 1819 and quickly realised its advantageous location as a British port in the Malay Archipelago. On 6 Feb 1819 the British signed the Treaty of Friendship and Alliance, establishing the British East India Company trading post on Singapore, and then the Treaty of London (or Anglo-Dutch Treaty) on 19 Nov 1824, which gave full sovereignty and property in Singapore to the English East India Company.

In 1826 the Straits Settlements were established in order to amalgamate the British territories of Singapore, Malacca and Penang and to further clarify borders between British land and other occupied territories in the area.

During this period, English law was loosely administered in the Settlements through the Resident's Court, and regulations were set down by Raffles in 1823 (reprinted in Malaya Law Review [1968] 10 248 - GM4.J.2). These regulations were largely followed until 1827. By this time, the Second Charter of Justice had established the Court of Judicature for Prince of Wales Island (Penang), Malacca and Singapore, bringing English common law to the Straits Settlements. However, there were significant administrative and financial problems and the Court of Judicature had no law-making ability, with the British government legislating from Calcutta.

On 1 Apr 1867, the British government agreed to make the Straits Settlements a Crown Colony, meaning that the countries in the Settlement received orders directly from the Colonial Office in London rather than from India. Singapore was appointed a Governor with legislative and executive councils. The Court of Judicature was also abolished and replaced by the Straits Settlements Supreme Court.

This structure remained largely unchanged for the next 75 years until the Second World War.

The Japanese invaded Singapore in February 1942 and for the first four months all courts were shut down and the Military Court of Justice of the Nippon Army was established. During this period, however, there was confusion as to who had proper legislative authority and on 27 May 1942 the civil courts reopened and former British laws were administered as long as they did not interfere with the Military Administration. The fact that the Japanese did not make significant constitutional changes made it easy for the British to re-establish pre-war legal structures after the war.

Between September 1945 and April 1946, Singapore operated under the British Military Administration (BMA), which saw all laws prior to Japanese Occupation brought back into force. The Straits Settlements were abolished and Singapore became its own Crown Colony with its own constitution. The Straits Settlements Supreme Court was replaced by the Supreme Court of the Colony of Singapore.

On 1 March 1948 a new constitution came into effect and elections were held for the first time.

British Parliament passed the State of Singapore Act on 1 Aug 1958, making the Colony a self-governing state. The post of Governor was abolished and replaced by Yang di-Pertuan Negara (Head of State) who could invite the winning party to form a government, thus establishing a Westminster Cabinet system of government.

Singapore became a member of the Federation of Malaysia in 1963, which was thought to benefit the economy by creating a common, free market, and to improve Singapore's internal security. While Singapore was part of Malaysia, the judicial system was a typical hierarchical structure consisting of lower courts, a High Court and a Court of Appeal. The High Court of Malaysia in Singapore replaced the old Supreme Court of the Colony of Singapore, with sister high courts in Malaya and Borneo and a Federal Court presiding over all.

Singapore separated from the rest of Malaysia on 9 August 1965 and Singapore became independent. At independence, Singapore retained the court structure of the Federation of Malaysia, and the Singapore High Court remained under the umbrella of the Federal Court until the Constitution Amendment Act (1969).

The constitution is the supreme law of the land and lays down the fundamental principles and basic framework of state organisation. The Singaporean legal structure is premised on constitutional supremacy which, in theory, means that the law-making powers are limited by the constitution and judges can if necessary strike down both legislative and executive acts as being unconstitutional (although this power is very rarely used by judges in Singapore).

The 1980 Reprint of the Constitution of the Republic of Singapore is available at IALS Library in hard copy at GM4m.C.1 AAA1.

World Constitutions Illustrated, available on the database HeinOnline, is a good source for constitutions, both current and previous versions. The Constitution of the Republic of Singapore can be found here, along with its amendments and amending laws. HeinOnline is available onsite to academic users and remotely for University of London staff and students with a valid IALS Library card.

The highest court is the Supreme Court, which consists of the Court of Appeal and the High Court.

More detailed information about the court structure can be found on the GlobaLex website and on the website of the Singapore Supreme Court.

IALS Library also has the following historical series of legislation:

The Library also holds Butterworth's Annotated Statutes of Singapore at GM4m.E.5. IALS Library has 1996-2000. This is a 10 volume set with separate looseleaf Statute Referencer and Service Binder volumes. The annotations are considered so scholarly and detailed as to represent a unique addition to the literature of Singapore law.

Revised copies of Singaporean Codes can be found on the SSO website at the following locations.

GM4m.H.1 Halsbury's Laws of Singapore. An encyclopaedia of Singapore (and UK applied) legislation and jurisprudence. Kept up to date by replacement volumes and current service.

IALS holds a number of textbooks and commentaries about the development of Singaporean law and on various legal topics, which can all be found at the classmark GM4m. Particularly useful for those studying the constitution and judiciary might be:

The Law Practice Series may also be useful for those studying different aspects of Singaporean law. IALS holds:

A detailed chapter on the history of Singapore law written by Kevin Y L Tan appears in:

Singapore Academy of Law Journal contains articles relating to Singapore law as well as Asia-Pacific and common law legal systems, and comparative and international law. The journal is available in print at GM4.J.9 (IALS Library has 1989-2010) or open access on the journal's website. The journal is also available through the subscription database HeinOnline (1989-2018). HeinOnline is available onsite in the Library for academic use, and offsite for students and academics from the University of London with a current Library card.

Singapore Academy of Law Annual Review of Singapore Cases is an annual summary that evaluates decisions of the Singapore courts in the preceding year. Selected cases from other jurisdictions impacting local law are also discussed. It is available on HeinOnline (2000-2017).

Singapore Law Review is Asia's oldest student-run legal publication, managed exclusively by the students of the National University of Singapore, Faculty of Law. This journal ran before Singapore's independence and was called Me Judice (IALS Library has an incomplete collection from 1960-1967 at RES GM4.J.3). The Singapore Law Review is available in print at GM4.J.5 (IALS Library has 1969- 2017). The journal is also available on HeinOnline.

The Singapore Journal of Legal Studies prints articles on both domestic and international legal developments. It is fully peer reviewed and is managed by its Editorial Committee drawn from the Law Faculty of the National University of Singapore with assistance and advice from eminent legal personalities from other institutions in Singapore and abroad. It is available in print at GM4.J.10 (IALS Library has 1959-current) and some selected open access articles are available on the journal's website. The journal is also available on on Westlaw International Materials and on HeinOnline (1959-2018). It was previously titled Malaya Law Review (Vols. 1-3, 1959-1961) then University of Malaya Law Review (Vols. 4-32, 1962-1990).

Straits Law Journal contains articles from 1888-1892 and concerns Singapore under the Straits Settlement. It is available on HeinOnline.

The Law Gazette is a quarterly journal published by the Law Society of Singapore. The Gazette contains news, feature articles, legal updates (latest cases and legislation) and regular columns covering the Bar, IT issues and practice tips. It is available online and its archive goes back to January 2000.

The Index to Legal Periodicals indexes articles from around 1000 law journals. Its primary focus is on common law jurisdictions and it is a good source for identifying articles on Singaporean law. The index is available onsite for all Library users and remotely for students and staff at the School of Advanced Study. Access is via the Electronic Law Library.

The Index to Foreign Legal Periodicals, available through HeinOnline, indexes articles from law journals and other publications. Though the emphasis is on non common-law countries, comparative and international law, researchers may still find articles on Singapore. It is available onsite at IALS for all Library users, and offsite for students and staff from the University of London who have a current Library card. Access is via the Electronic Law Library.

Singapore Statutes Online (SSO) is a comprehensive database of essentially all Singapore’s statutes in force, including English and Imperial legislation when applicable, all in full text. It is searchable by subject, by the name or title of the act and by chapter number.

GlobaLex is an electronic legal publication dedicated to international and foreign law research and it has an excellent section on Singapore.

CommonLII contains selected case decisions of the District Court, Magistrates' Court and the Supreme Court (dates of coverage vary) as well as some legislation, subsidiary legislation and treaties

Eagle-i is a free to use dedicated portal to high quality legal information sources on the web, developed by the Institute of Advanced Legal Studies. Select Singapore from the drop-down list of countries and there are a number of links to reliable online sources.