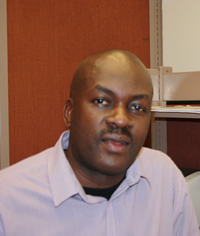 This guide was written by Joseph Semugabi, Chief Librarian of the Law Development Centre in Uganda. It has since been updated by IALS Library staff.

Under the Independence Constitution of 1962 a unicameral National Assembly replaced the Legislative Council - an arrangement which lasted until 1971 when democratic institutions were abolished under the dictatorial rule of Idi Amin (1971 - 79). When Amin was overthown an Interim Parliament was set up and it acted as the Supreme Legislative Body until 1980. It was then replaced by the Fourth Parliament which lasted until 1985 when the government was overthrown in yet another military coup. Meanwhile the civil war which had been raging since 1981 was to come to an end in 1986 when the National Resistance Movement under Lt. General Museveni came to power and set up the National Resistance Council. This lasted until 1994 when a Constituent Assembly was established to finalize the new constitution promulgated  in 1996. Under this Constitution the supreme legislative body is the unicameral Parliament of Uganda. Museveni still remains the President.

The IALS Library Uganda collections include both primary and secondary legal materials, that is, legislation, law reports, text books and journals.

Since its promulgation the 1995 Constitution has been Amendended multiple times. The Reprint of the Constitution reflecting  amendments up to February 2006 is available at IALS Library on Level L2 and can be cited as: The Constitution of the Republic of Uganda (as at 15th February 2006); Kampala: Uganda Law Reform Commission [2006], with Classmark GI3.C.1 UGA. Be aware that print verions will not always incorporate the most recent amendments.

Other sources of the constitution at the IALS Library include the printed 2000 Revised Edition of the Laws of Uganda Vol. 1; and World Constitutions Illustrated, a module of the HeinOnline subscription database.

On the web, a version of the Constitution incorporating amendments is available from the the Uganda Legal Information Institute (ULII).

IALS Library has both the colonial and post colonial legislation of Uganda. This includes:

The inconsistency in terminology evident when describing the laws of Uganda is due to the different types of politico-legal systems typical of colonial and post-colonial Uganda.

The Laws of Uganda are supposed to be revised and consolidated every 10 years. The latest revision, which is also available in the Library, is the 2000 Revised Laws of Uganda constituting both Acts and Subsidiary Legislation in two sets colored red for the Acts and blue for Subsidiary legislation. This is a set of 28 volumes numbered accordingly whereby Volume 1 - 13 constitute Principal Legislation and Volume 14 - 28 constitute Subsidiary Legislation. The 2000 Edition replaced the 1964 Edition which is also available in the library.

These are however classified as monographs.

IALS holds series of the official Ugandan Law Reports since the colonial era. All series are duly listed in the library catalogue. They include:

IALS has a small selection of reports and other publications by Ugandan official bodies such as the Inspector General of Government (IGG) and the Uganda Law Reform Commission. All these publications are duly listed in the catalogue.

Other official publications may be available on government websites.

The IALS Library has books dealing with law and politics as well as secondary sources of legislation and cases of Uganda. Most of these are located on the shelves at level L2 and available for borrowing.  Over 50% of the books are publications from the 1990s and 2000s.

All of these materials are accessible via the catalogue.

IALS also has e-books with content relating to Uganda. These are generally comparative or subject-focused, but with relevant chapters or examples. They can be found via a keyword search for Uganda on the library catalogue.

There is only one Uganda journal in the IALS Library. This is a publication of the Law Development Centre called Uganda Law Focus: a Law Quarterly Journal of Reviews, opinions and information on the state and future development of law in Uganda. The holdings are incomplete.

Parliament of the Republic of Uganda: Hansard, order papers, reports, bills, as well as other documents